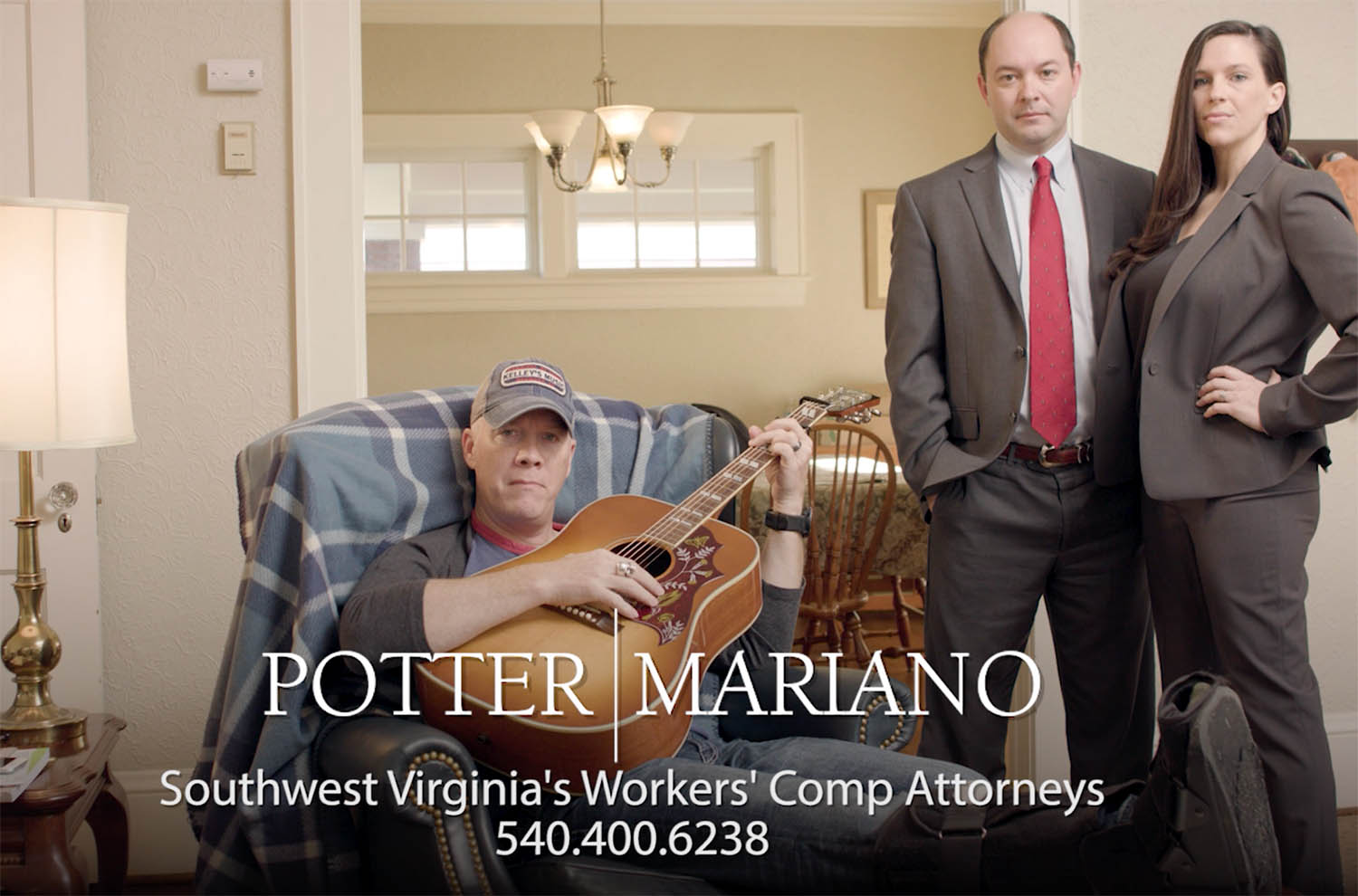 “We always aim to create advertisements that catch the eye,” said Bruce C. Bryan, President of B2C Enterprises. “In this case, we were also able to work with Corey to create something that caught the ear. The result was a really fantastic set of commercials with a catchy musical branding guaranteed to bring attention to Potter Mariano and their services. To us, that’s a success.”

Potter Mariano is a law practice based in Roanoke led by attorneys Shawn Potter and Hilary Mariano. The firm specializes in workers’ compensation, personal injury, and family law cases.

“B2C really did a great job creating the concept of these commercials and executing them,” said Shawn Potter, partner at Potter Mariano, PLC. “We hadn’t given any thought to the possibilities a jingle could bring, but we’re so glad we went with the idea. We’re already being approached by people who’ve seen the ads and many have been able to recall parts of the song. That recognition is priceless.”

Corey Hunley can be seen performing on various stages around Southwestern Virginia. One of his next appearances will be at The Spot on Kirk on Friday, March 1st alongside Ryan Montbleau to help celebrate the non-profit venue’s third anniversary. Three years ago Hunley performed at the opening night of The Spot. To view the Potter Mariano commercial campaign, visit B2C’s Vimeo page at www.Vimeo.com/B2Centerprises.